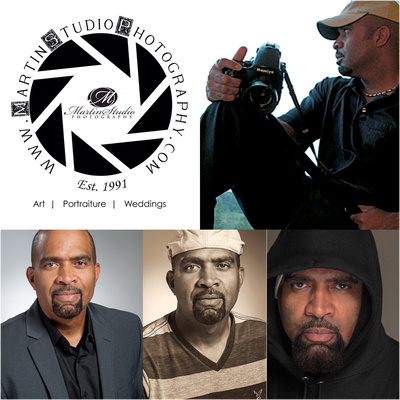 With a fascination with the manipulative power of light and an acute eye for revealing the beauty behind each photograph taken began Jeff Martin’s sojourn into the world of photography.  To watch Jeff artfully handling the tools of his craft is to watch an ingenious artist and consummate professional who knows how to bring out the best in his subject—be it human or out in nature.

Over twenty years ago, Jeff purchased his first camera and found himself on the island of Kauai.  With his camera, a 4H pencil and charcoal, he used his artistic talents to record the beauty of the island. Jeff’s eyes were opened to a new art form—capturing light on film.  Even now, at the peak of his career Jeff says, “The ability to create art in 1/125th of a second or faster is still amazing to me.”

Before photography became Jeff’s life, he successfully worked for the Washington Post Newspaper company as a Maintenance Machinist for their printing presses and support equipment.  Later, his talent afforded him promotion into a management position.   In 1999, while still working for The Washington Post, Jeff had the opportunity to begin a company four-year program that would take him to one of the top schools in the country for photography, Rochester Institute of Technology. Not only was he able to study desktop publications, operations, and photography with some top professors in the nation in their fields. But he learned cutting edge technology, graphic design, all aspects desktop publication, four color, digital printing, Photoshop, InDesign, QUARK, Illustrator, Dreamweaver, Flash, and a host of other software resources since his time at R.I.T.

The inevitable merging of Jeff’s natural talent and learned skills led his photography career to expand in the late 90’s.  He started shooting landscape for stock agencies, as well as weddings for his own company.  His photography style was refined and showed a range and diversity of beauty visible in all his shots, making each person look their absolute best.  Jeff became known as the DC-Maryland-Virginia area go-to portrait photographer.  Creating portraits became a passion.  Engaging in the challenges of portraiture--subject comfort, finding the best angles for the individual with the right type of lighting, creativity while connecting with the subject, proofing, etc—is still a “rush” that Jeff enjoys with each client.

Jeff has been known to say that as he matures in age and in photographic skill, shooting anything of beauty leaves him with infinite joy.  His work remains infused by a variety of influences--famed photographers George Hurrell, Henri Cartier-Bresson, Gordan Parks, Richard Avedon, Yousuf Karsh, Helmut Newton, Edward Weston, Herb Ritts, Patrick Demarchelier, Jerry Avenaim, and Sante D'orazio helped shape the way Jeff sees celebrity and editorial photography in his view finder even today.

“I am a fan of capturing the moment, being at the right place at the right time and seeing the untouched results is priceless even in our time sensitive project goals. Henri Cartier Bresson has shown me the unmatched power of a photograph captured in this manner.”  A creative bond with his client is important to help him bring out the character for an exceptional image.

Jeff is currently working “Nomadic Spirit" a book project focused on his life experiences viewed through a photographer’s lens. Since 2006, Jeff is also the publisher of Art In The City Magazine, and the curator of the annual art show “Art in the City” in Baltimore.